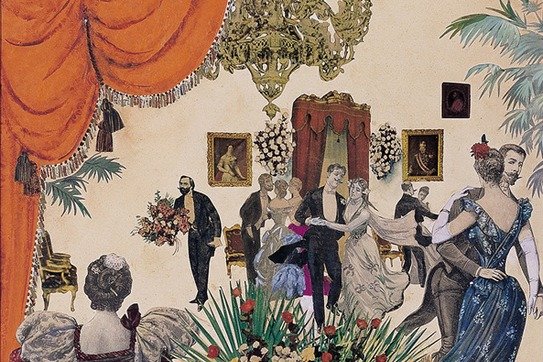 The career paths of the artists and illustrators Vittorio Accornero de Testa (1896–1982) and Edina Altara (1998–1983) first crossed when they worked on Il giornalino della Domenica, in which Accornero made his debut in 1919, followed by Altara in 1920. Their professional and personal lives soon became intertwined: they married in 1922 and worked together on the design of their wedding invitation, which was also a declaration of style.
During the years of their marriage the couple shared the fate of high society, working at a breakneck pace during the Art Deco period. Although they eventually separated, they never lost touch and even managed to reinvent themselves during the complex period that followed the Second World War. The existence of the two artists embraced a wide range of different dynamics in Italian artistic creation, ranging from graphics to the design of objects.
This book paints a portrait of two lives spent exploring ever changing dimensions of creation, working alongside illustrious names in Italian design and fashion, including Rodolfo Gucci, who enjoyed a special partnership with Accornero, and Gio Ponti, who wanted Edina Altara alongside him in major interior design projects.

The Fairy Tale of Edina and Ninon: Art and Life of Vittorio Accornero de Testa and Edina Altara
Luca Scarlini

Are They Real or Are They Painted?
Dino Buzzati