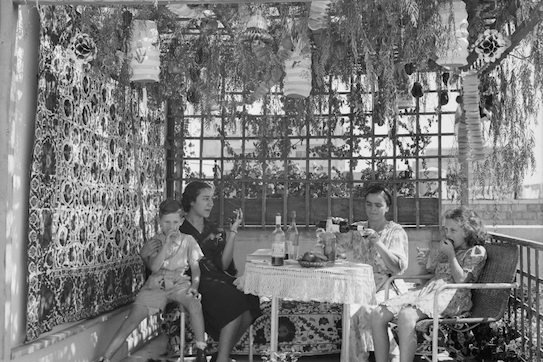 The festival of Sukkot recalls two events described in the Torah: the dwellings in which the Jews lived during the forty years they spent in the desert before reaching the land of Israel; and the clouds that surrounded their camp and represented Divine protection.
To commemorate them, Jewish families still build open-air huts – sukkot – with roofs covered in branches, inside which they spend a good part of the festival days and nights. They share their meals with guests, united under the same sky. As part of the ritual, they wave a lulav, composed of one palm branch, three of myrtle and two of willow; as well as a citron, known as the etrog. The symbolic meanings of these items are fascinating.
The book addresses the topicality of the values of the festival, which preserves in its celebration ideas such as sustainability, and respect for nature and people. This volume is enriched by an in-depth study of the decorative wooden panels of the Praglia sukkah. These are priceless works of art that have survived their ephemeral nature, and are now accessible to the general public.

The panels of Praglia, text and context
Amedeo Spagnoletto

Can you build a sukkah from an elephant?
Cheryl-Shira Leibowitz e/and Roald Hoffmann

And the walls became the world all around.
Teaching Sukkot to young children
Sara Gomel

The sukkah as a frugal paradigm
Adachiara Zevi

Sukkot and the relationship with ecology, nature and the environment
Roberto Jona

Under the same sky

The festival of Sukkot