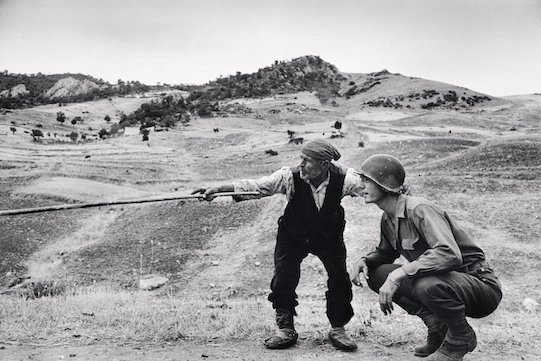 The chronology of Capa’s oeuvre, a real monument in the history of photography, marks the pages of this book extremely rich in images, giving on the one hand the idea of its vastness and on the other outlining how the photographer works in the field. The book traces the main stages of a path whose brightness is almost unparalleled, and gives way to various “icons” emerging from this exceptional corpus. His war reports have shaped his legend, as Michel Lefebvre states in his essay, but Capa, although often the first and closest, shows us reality also from other angles: his images describe moments that refer us to him as a man, to his sensitivity towards victims and migrants, thus evoking his journey from his native Hungary. It is said that music reveals itself among its notes: this book lets us glimpse some facets of a complex, enterprising and undoubtedly never completely satisfied character, who does not hesitate to risk his career as his life. If Capa has shown a gamer’s personality, his work takes on an epic dimension that will not escape the tragic ending.

Robert Capa is the greatest war photographer in the World

China under fire from Japan
1938