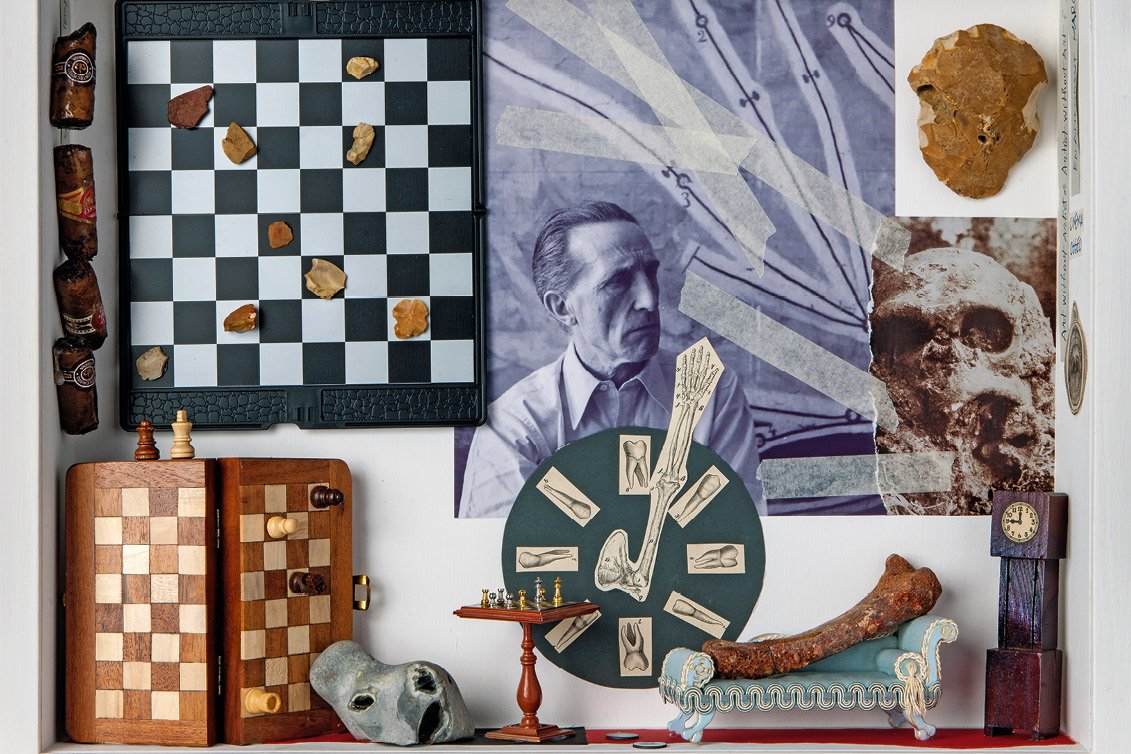 The book presents for the first time a selection of the works created by Pablo Echaurren over the last three years: fifty boxes, display cases of a Wunderkammer, theaters of the imagination, dioramas or dollhouses, where the usual coordinates of time and space are arbitrarily subverted to start a personal reflection on the genesis and destinies of humanity. The starting point is a critique of the omnipotence of the technological progress, held in check for the first time by wars, social inequality and virus. Issues which from history are reflected in prehistory, raising crucial and at the same time paradoxical questions: and if Homo sapiens, who has presumptuously placed himself at the vertex of the evolution pyramid of living creatures, able to dominate and transform the environment like no species before him, hadn’t prevailed and another species had survived in his place? The Neanderthal becomes the emblem of the last, of the marginalized, of the rejects of the system. The author puts himself in the position of those who want to rewrite their family tree by shuffling the cards, but without betraying or falsifying the data on human evolution achieved so far by scientific research. The paleoanthropological perspective has been fused with the “anartistic” viewpoint adopted by Echaurren, who has turned the critique of the status of the artwork and the system of the art market into an avowed constant of his action.

Counterpoint: That Other Humanity
Fabio Di Vincenzo and Giorgio Manzi

I, the Naturalist
Pablo Echaurren