This volume presents a survey of the collected works of Paolo Pellegrin (1964), one of the most important photographers on the international scene.

It was edited by Germano Celant and is the result of extensive work on the photographer’s archive. The publication is a collection of over a thousand images, sequenced chronologically by decade so as to retrace Pellegrin’s creative and documentary journey. He has been a Magnum member since 2005 and was the winner of ten World Press Photo Awards as well as numerous others such as the Leica Medal of Excellence, the Olivier Rebbot Award, the Hansel-Mieth-Preis, the Robert Capa Gold Medal Award and, in 2006, the W. Eugene Smith Grant in Humanistic Photography.

Meanwhile he was exploring themes in his work more profoundly as his reporter’s point of view intertwined with the visual intensity of his artistic side. His shots often originate in contexts and scenarios where the limits of the existence of both nature and the human being become a threshold where drama passes through hope and the desire to live verges on death. His greys, his blacks, his shadows and diagonals, transcend time and space, while his figures and natural landscapes become a testimony of the forces of existence in all the possible conditions of survival and life. 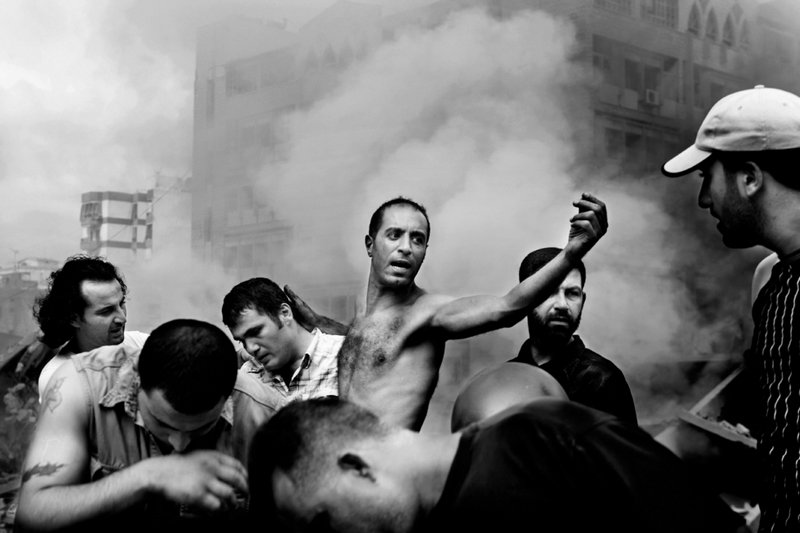