This volume is dedicated to Taddeo di Bartolo (c. 1362-1422), painter of Sienese origin who, as the traveling master he was, spent a good part of his career moving between Tuscany, Liguria and Umbria, serving politically and economically powerful families, public authorities, large religious orders and brotherhoods. He was responsible for imposing altar polyptychs, a sacred art form of which he was the undisputed master: the recomposition of some of these apparatuses, such as the now dismembered altarpiece of San Francesco al Prato in Perugia, constitutes the fulcrum of the studies gathered in these pages.
The book also documents Taddeo’s other fields of activity: from the creation of processional banners to small tables of private devotion, up to the important role as fresco painter with the decoration of the chapel of the Palazzo Pubblico in Siena.
With historical essays and documentary apparatuses, the volume edited by Marco Pierini and Gail Solberg - the painter’s most accredited scholar - is therefore a complete and updated monograph on the figure of the artist.


Summary (English texts at the end of the book)

Before and after Taddeo. Painting in Perugia at the turn of the fifteenth century
Emanuele Zappasodi

Following in the steps of Taddeo: Benedetto di Bindo in Umbria
Veruska Picchiarelli

The working methods of Taddeo di Bartolo's bottega: a mix of Medieval models and the pleasure of artistic creation
Maria Cristina Tomassetti and Daniele Costantini 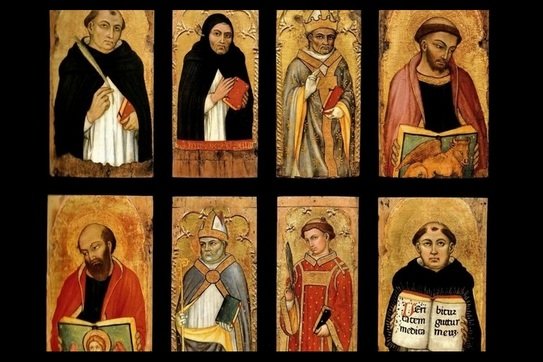