The School of Nature

Courbet claimed that he belonged to no school, portraying himself as a free, independent artist and pursuing his career with the stated aim of paving the way for his own particular manner of “painting the real.” This school of nature took root already in his early youth, when he was first introduced to “plein-air” drawing and painting “from life.”
This book examines the Naturalism in Courbet’s oeuvre, mainly through his landscapes, and the influence he may have had on later artists who formed a Franche-Comté school of landscape. The figure of George Besson (Saint-Claude, 1882 – Paris, 1971), an art collector and critic, and ardent defender of Courbet and Realism, is seen through the lens of the history of the creation of the Musée Courbet in Ornans, and also through Besson’s connection to his birthplace, Saint-Claude, where – some forty years after he had laid the groundwork for it – the inauguration of the Musée de l’Abbaye was made possible with the backing of two donors and painters: Guy Bardone and René Genis.
A number of Franche-Comté personalities thus orbit around Courbet, all of whom have contributed, in their various capacities, to the awareness, dissemination and continued influence of Courbet’s work and of art.

The School of Nature
Valérie Pugin

When George Besson Campaigned in Favour of Courbet and Realism...
Chantal Duverget

For a Courbet Museum in Ornans. The Art Critic and Collector George Besson and the “Amis de Gustave Courbet”
Carine Joly 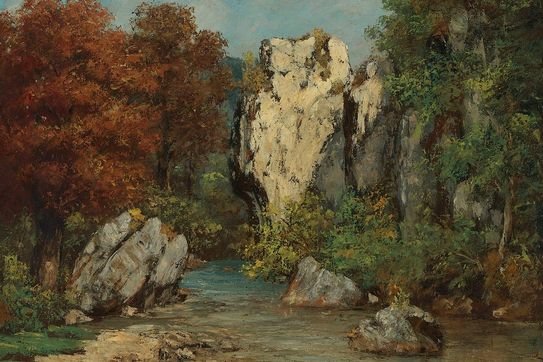