This exhaustive monograph, published on the occasion of the first anthological exhibition dedicated to him, retraces the intensely lived, brief artistic career of Alfonso Leoni (Faenza, 1941-1980). An extraordinary talent, he was the protagonist of a research constantly against the mainstream, to set ceramics free from the mere technical and functional aspects and elevate it to sculptural matter.
His activity - recognized with numerous prizes in the main national and international events dedicated to ceramics, such as the competitions in Faenza (first prize in 1976), Gualdo Tadino, Cervia, Gubbio, Rimini, Castellamonte, Vallauris, Nagoya-Kanazawa - was a continuous search for new stimuli and experimentation with different languages: Leoni wrote, argued, drew, painted, reused materials, designed jewels, moulded sculptures, created installations, undertook performances, worked for the ceramic industry.
The text draws the figure of a “rebellious genius”, son of his time, a time of protest and avant-garde movements of the Sixties and Seventies. The result is the portrait of a worried soul, always aiming at going beyond stereotypes. 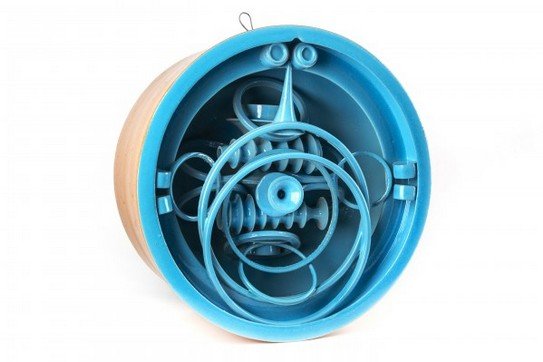 The challenge of ceramics