Visionary photography from the 1970s until today

This volume is dedicated to the phenomenon of staged photography, a trend that revolutionised photographic language from the late 1970s onwards.
About seventy exhibited works show how photography was able to reach peaks of imagination and invention previously entrusted almost exclusively to cinema and painting.
Goldfish invading rooms, icefalls in deserts, invented cities: all this can happen thanks to stage movie sets that build a parallel reality, or thanks to new technologies, and in particular through the increasingly sophisticated use of Photoshop, as from 1990.
Photography, the (presumed) realm of documentation and objectivity, thus becomes the realm of fantasy, invention and subjectivity, marking the latest decisive evolution in its history. 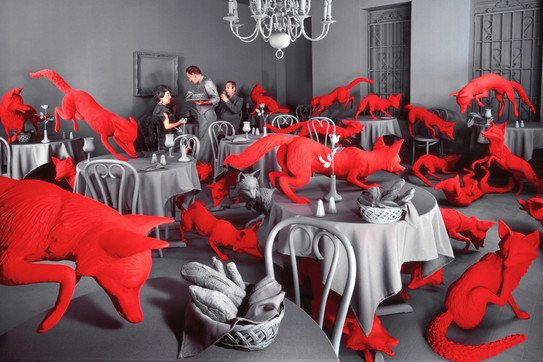