In the early 1920s, no one could have imagined how the schoolchildren’s kits in their pencil-cases would change. Pencils, nibs, erasers – or rather, eraser-sticks – rulers and pencil sharpeners had been manufactured for decades in the same way, unchanged in terms of shape and material.
Quite the opposite, during the 20th century school supplies underwent a major change, in parallel with the evolution and modernisation of the country’s education system. The objects contained in school pencil-cases represent the red thread of an unusual journey that traces, from an unprecedented perspective, the changes in society and above all in the school world, as well as in the industry connected to this sector.

The ballpoint pen. The Biro

From the 1990s until today:
the multi-ethnic pencil case 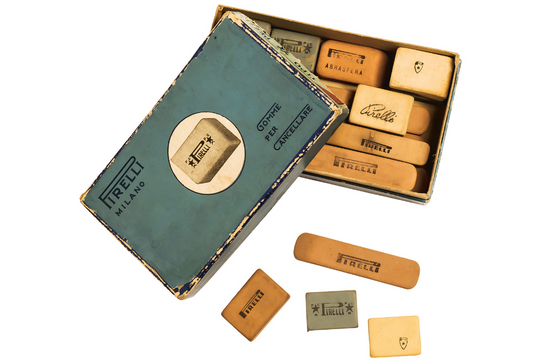