Christine Rebet is fascinated by illusion and deception.
She prefers drawing because it is manual and spontaneous, and she produces hundreds and thousands of drawings in ink, which she assembles frame by frame using traditional, early animation techniques. Repeated drawing, which is the origin of moving pictures, creates what she calls her "paper cinema." Rebet re-interprets personal and collective traumas and mixes history and fiction in fantasy worlds. The subjects of her films are universal and evoke not only political reality, but also the destruction of the world, the oppression of human beings, and the idea of metamorphosis. She transcends imagery with a disturbing poetry, using manipulative techniques to explore the audience's subconscious mind. She creates an imaginative fantasy through which to escape from the world.

IN THE SOLDIER'S HEAD
The Big Bang. In The Soldier’s Head
Francesco Urbano Ragazzi

BREATHE IN, BREATHE OUT
I Want to Become a Tree
Cécile Daumas 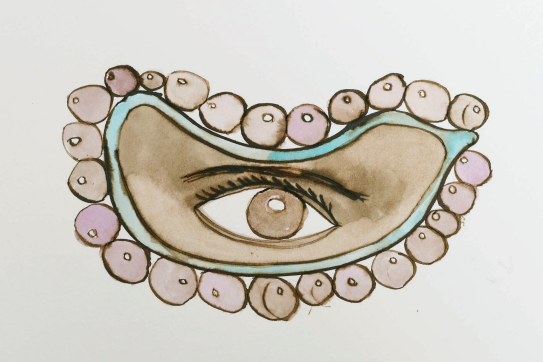